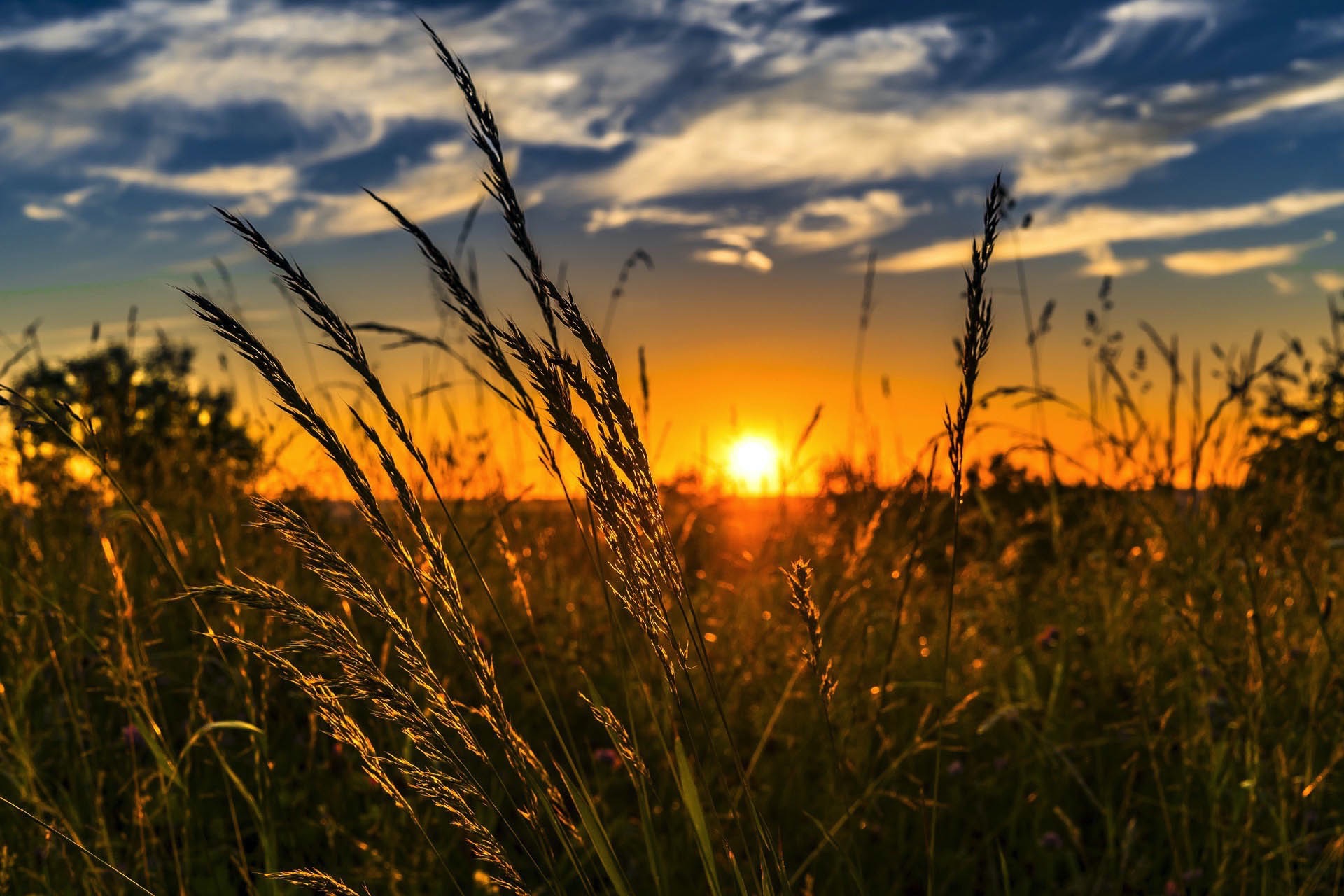 SUSTAINABLE LIVING IN THE MODERN WORLD

A passive solar house design uses various design elements such as orientation, window placement and internal thermal mass to acheive relatively stable internal temperatures year-round with minimum use of mechanical heating or cooling systems. We were lucky to come across a very effective design which is free to download and cost effective to build. We have been the first to build this design, and are more than impressd by the results! Read further through this page for more information on our aims, research, decisions and results, as well as our tips and advice summary, for this element of our project - the house design.

Our aim was to build a house that was as energy efficient and affordable as possible. Knowing that we’d be going off-grid, the thermal performance of the house would be crucial, as only an energy-efficient house would be workable with an affordable off-grid energy system.

However the overall goal was a little more than that: we wanted to end up with a house that could heat and cool itself, collect its own energy and water, as well as grow its own food and manage its own waste. Although this sounds like a ‘big ask’ (and indeed, our project has certainly had its challenges along the way!) all the knowledge and systems are out there and available, today more than ever before, so it’s definitely an achievable aim, as our research showed.

Aesthetics are also important to us, so we hoped to have the whole thing looking good as well.

One of the first sparks that initiated our project was coming across the concept of an ‘Earthship’: a partially buried house made from recycled tyres, designed to create stable internal temperatures with systems to manage water, energy, waste and food production. Although a great concept, when we looked into the details of making an Earthship happen there were some major red flags, including: significant problems with council approvals for the non-standard build; insurance and home loan issues with the non-standard build; logistical issues with the team of "volunteers" needed to ram earth into tyres; and last but not least it was a very much more expensive exercise than it seemed on the surface.

Nevertheless, that phase of my research led quite quickly to the realisation that an Earthship is just one example of passive solar house design, and that there is a wealth of information out there on passive solar designs that achieve the same aim. Passive solar design works in harmony with daily and seasonal sun movements, employing key elements such as house orientation, window placement, internal thermal mass and insulation (to name a few), to achieve relatively stable internal temperatures year round.

I purchased six text books on the subject to get up to speed before approaching designers to see if we could come up with something affordable with them that ticked all the boxes. This process of self-education on a subject (repeated many times for different aspects of our project as it developed) turned out to be crucial during discussions with potential designers: it allowed me to figure out who really knew passive solar design theory, and who was just concentrating on the NatHERS star rating system (which is a very good start, but certainly doesn’t cover everything, for example air infiltration levels).

We soon found ourselves stuck between expensive custom build avenues which we couldn’t afford, and cheap off-the-plan builds that wouldn’t perform well. We explored every other we could think of - from container homes to kit homes to modular homes - but nothing gave us the combination of performance we were after at the price level we needed.

Everything changed when I came across the government’s YourHome website. 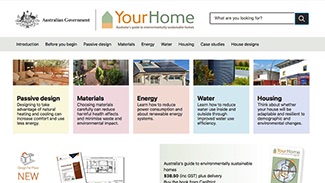 For a start, the information on this site is absolutely excellent - everything you could want to know about passive solar design and sustainable building methods and a whole lot more. The quality of information matched what I learnt in my textbooks, with the bonus that it is specifically for an Australian context.

The show-stopper ended up being the free Design For Place floorplans and elevations available for download. To quote the website:

"The architect-designed suite of plans showcases the use of sustainable design principles for domestic home design and construction. It includes specifications and construction techniques for a range of climate zones across Australia.”

I studied these plans with the passive solar design knowledge I’d garnered from those six text books, and the more carefully I looked at the plans, the more thoroughly impressed I became. All the passive solar design elements I’d been after had been incorporated in an outwardly-simple, yet technically clever and effective package: internal thermal mass, crossflow ventilation, correct window to internal mass ratios, to name a few. And not only had we just saved thousands of dollars in design fees with these freely available plans, but the standard construction materials and building methods factored favourably into our budget. This meant we’d finally found the perfect combination of performance and build price. 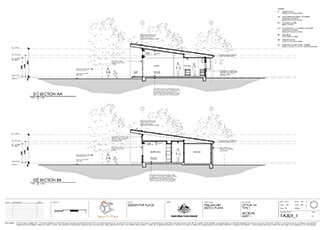 It turned out that we had come across these plans only a few weeks after their release on the website, so no one had built this design yet. No problem - with a design this good we were happy to be the first. We enthusiastically charged forward in our project, becoming the first to build the Design For Place design.

Once we’d discovered the Design For Place house design on the YourHome website, we knew we’d found our solution for a professionally designed passive solar house that would be affordable to build. Any tweaks can be made to suit your particular scenario: for example we did an east-west mirror flip to suit our driveway position, as well exceeding insulation specifications wherever possible. The addition of an off-grid energy system, waste management system, and water collection system (supplying household needs as well as vegie gardens and orchard) allowed us to tick off all our original aims: a house that can heat and cool itself, collect its own energy and water, grow its own food and manage its own waste.

It’s said that building a house is one of the five most stressful things you’re likely to go through in life (right up there with births and deaths apparently!) and we won’t argue with that. No matter how well prepared you go in, problems can and do occur, along with their timeframe implications and associated budget blowouts. In this respect there was nothing different about our build compared to other builds, and we were very relieved when the build ended and we were able to move in.

OUR THOUGHTS ON COMPLETION

To be honest, we felt somewhat in awe at what we’d created. It’s a great looking house, and the bright shiny water tanks and solar panels looked ready for action… But had we got everything right? Would the passive solar elements of the house design actually do their job and keep internal temperatures fairly stable year round? We’d soon be finding out! 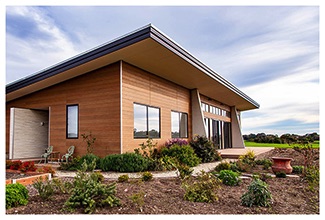 OUR EXPERIENCE SO FAR

In a word, wonderful. We find the house a very beautiful and nurturing place to live, full of sunlight, warmth and fresh air (with views to boot).

As hoped, the internal temperature is very liveable all year round, even in the variable Victorian climate. The extra effort we went to in exceeding given insulation specifications wherever possible, including insulating our slab, paid off in performance and a NatHERS rating of 8.2 stars.

In winter the low-arcing sun comes through our northern windows penetrating right to the back of the house and heating our internal thermal masses (including our rammed earth walls and floor tiles - see our page on Materials for more information on those elements). For most of winter we average a pleasant internal temperature (without using any mechanical heating) of around 18-24 degrees Centigrade. 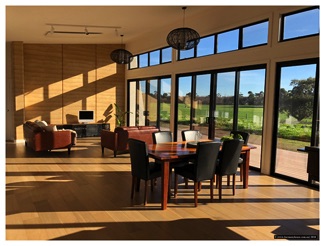 We live in a part of Australia that usually gets a bit of winter sun on most days, which is ideal for recharging internal thermal mass with slow release heat. It’s just on those unusual weeks where the sun might be hidden for six or seven days in a row when we resort to some mechanical heating, in the form of either the energy-efficient Daikin US7 heat pump for some quick blow heat, or our great LavaHeat far-infrared heating panels by Warmer Australia for some comfortable radiant heat.

The far-infrared heat panels deserve a particular mention, as they are an excellent solution for those wanting efficient radiant heat at the touch of a button. They work particularly well in a passive solar house scenario, as the radiant heat is absorbed by internal thermal mass and re-radiated. In other words, people and objects are heated, rather than just air being heated. Standing beneath one feels a bit like standing in some nice autumn sunshine. In my opinion they are a much better radiant heat alternative than in-slab hydroponics (which is very expensive to install and energy intensive to run), and better than a fireplace (which involves on-going time and cost in maintaining a wood supply, as well as ill-health effects often found in studies of combustion within a home). The far-infrared rays from our panels are healthy, energy efficient, and cost effective.

In summer our eaves protect us from the high-arcing sun, preventing sun penetration through our northern windows (blinds can be shut on the small eastern and western windows). This, together with correct window placement for cooling crossflow ventilation at night, keeps our internal summer temperature usually in a very comfortable 20-26 degree Centigrade range. (And for any really hot spells we can have the US7 on in cooling mode for as long as we like during the day, with ample sunlight powering the off-grid system.)

OUR TIPS AND ADVICE SUMMARY

- If you’re interested in creating a well-designed passive solar home, educate yourself as much as possible on passive solar design, so that you can have informed conversations with potential designers and builders (i.e. be an informed customer, not an ignorant one).

- We are very impressed with the quality of passive solar design and building information, specifically targeted to Australians, found at YourHome. It's a really great resource.

- We are also extremely impressed with the Design For Place passive solar house design found on the YourHome site. This can be used as a complete and ready-to-go solution, or can be incorporated with your own ideas. As the first people to build and live in this design, our hopes and expectations have absolutely been met. (New designs have been added since our first-of-its-kind build, giving more available options, including a double story version.)